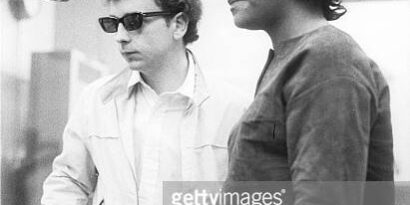 You may not know the name LaLa Brooks, but you know her voice. Dolores “LaLa” Brooks was only 15 years old when she sang lead vocal on a girl group classic – the Crystals’ “Da Doo Ron Ron,” a No. 3 hit on the Billboard Hot 100 in 1963.

Brooks was not a charter member of the Crystals. The group was formed in 1961 by Barbara Alston, Mary Thomas, Myrna Giraud, Dolores “Dee Dee” Kenniebrew and Patricia Wright. They were signed to Phil Spector and Lester Sill’s Philles Records and gave the label its first Hot 100 chart hit, “There’s No Other (Like My Baby),” featuring Alston on lead.

Brooks was a student at P.S. 73 in Brooklyn and one afternoon while enrolled in an after-school program, she heard a piano playing and followed the sound. She found a man playing the keys in a schoolroom and asked him if she could sing along and he invited her in. Miss Henry, a school office worker who monitored the after-school activities, heard her voice and showed up in the doorway, asking, “Was that you with that big voice in a little girl like you?” Miss Henry happened to be the mother of Dee Dee Kenniebrew and she asked LaLa if she would like to join the Crystals as a replacement for Giraud, who was pregnant. “I said yes,” Brooks tells Billboard, “which was stupid, because I was only 12 and a half. So then I said, ‘You’ll have to ask my mom.’ Miss Henry came by my house and my mom was reluctant at first. I had been singing gospel in church since I was 7 so my mom was between a yes and a no. Miss Henry explained that we would have guardians traveling with us and the girls would be monitored and then my mother felt safe. They took me out of public school and put me in a private school with a lot of rich kids who were arriving at school in limousines. They came from a different environment but eventually I adjusted.”