La La Brooks’ list of singing accomplishments puts her in rare air in the history of rock and roll. As the lead singer of the 60s girls group The Crystals, Ms. Brooks was the voice on hits Rolling Stone Magazine once declared as two of the “500 Greatest Songs of All Time” – Then He Kissed Me and Da Doo Ron Ron. In addition, the Rock & Roll Hall of Fame has declared Da Doo Ron Ron as one of the songs that shaped rock & roll. Ms. Brooks also sang lead on three songs on the album A Christmas Gift for You, one of only two Christmas albums inducted in the Grammy Hall of Fame and Beach Boy Brian Wilson’s self-proclaimed favorite album of all time.

La La accomplished all of this before her 20th birthday. 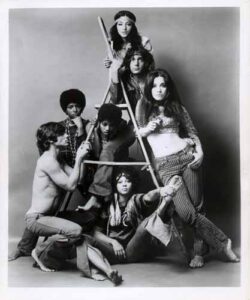 After leaving The Crystals, she appeared on Broadway in the original cast of the legendary musical Hair and later in Two Gentlemen of Verona. After partially leaving the spotlight to get married, move to Europe and raise her children, La La Brooks is back performing with an energy and sound that takes audiences back in time.

In 2010, she appeared on the PBS television special “My Music: Rock Pop, and Doo Wop.” After releasing her 2013 album All or Nothing, Rolling Stone proclaimed “the veteran singer hasn’t lost her touch” and “good things come to those who wait.”

In 2014, Ms. Brooks appeared on the Late Show with David Letterman, her first network TV appearance since American Bandstand with Dick Clark. It was almost as if time had been suspended in her breathtaking performance of her classic hits.

Today La La Brooks performs all across the country and the world singing not only The Crystals’ greatest hits but also paying tribute to the legendary Wall of Sound.